A downloadable game for Windows

One shape, one arena, one goal : use your only bullet to divide the polygons and feed off their vertices.

The Polygons really need a speed limit and please remove the bounce on the bullet. That bounce personally killed me more than it hurt the enemies and it adds an unnecessary level of difficulty to the game which already progresses in difficulty considerably level by level.

I disagree, the bouncing is fun! Once you learn to control it, it's very useful too. I do agree on the speed limit, however. Perhaps they could not have an explicit speed limit, but instead make it harder for them to pick up speed the faster they go?

Great fun to play! However, I would like to mention a few bugs and oddities:

1: If you die close to your spawnpoint, you get extra time before the enemies move.

2: The walls' collision is way rougher than that of the enemies.

3: The enemies don't have a speed limit. They probably should.

1: When splitting, enemies can get trapped inside other enemies. This leads to erratic movement that is actually quite fun to play against. Rarely, these enemies are so similar in size that they forcefully eject each other at lightspeed. <Personally, I would be delighted to have a mode where one fights against these, or even possibly a fight editor that allows these.>

2: Alternatively, when splitting, enemies can interlock. This usually leads to them forcefully ejecting each other at lightspeed across the arena.

3: Another thing that can happen when splitting is a red ring either disappearing immediately or flying off the screen, causing the enemy to remain both oddly shaped and invincible.

4: Sometimes, the bullet will go directly through the enemies without damaging them. This happened way too many times.

5: If your bullet is too close to the wall when you leftclick, you may find yourself blue for a very long time. Every time I encountered this glitch, I managed to escape. Once I won a stage using this glitch.

The splitting was probably really hard to program in the first place, so it's completely understandable that more than half the glitches are because of it.

You are absolutely right, it is a bit of a nightmare to handle !
Thanks a lot for laying out all this info for us, we will tackle these issues as best as we can when we find the time to update the game :)

Nice game guys! I made it to the hexagon and their friend :p. I played the game by only moving with the warp to bullet mechanic, which made the game more fun to play. Though shapes can often be hard to hit, because they are spinning or bouncing really quickly.

Sorry for the very late comment, but this is a really cool game! It feels really good to play and the musics is great. I think the "shoot and zip to bullet" mechanic is a nice idea, although I think it is too slow. Now you end up constantly spamming your mouse because you'd die otherwise, and shooting, waiting and then zipping to the bullet is really only feasible in the first couple of levels.

Oh, and the game seems to freak out with too big polygons, at least sometimes. https://imgur.com/a/q9I3WdI

Yeah actually it seems levels get a bit broken after level 20, they were not tested, we might fix that one day :O

Thanks for the love and for your feedback !

First Timer playing this great game! Is this supposed to happen tho? 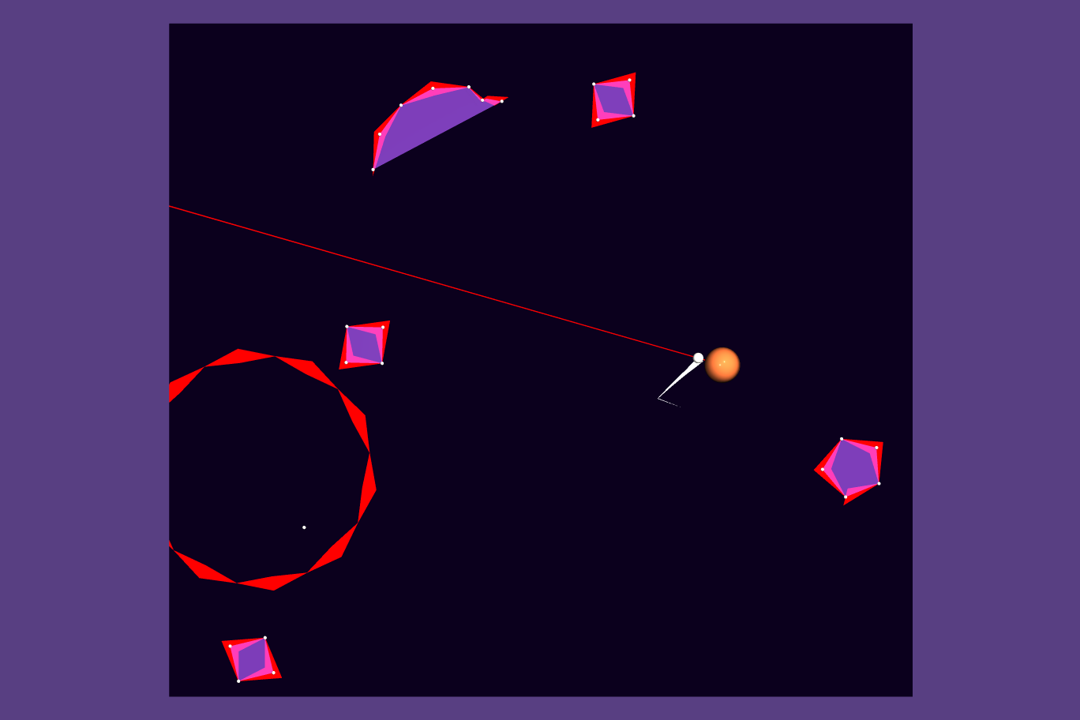 Nevermind nothing to see here :D 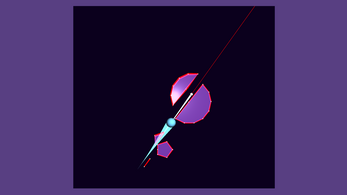 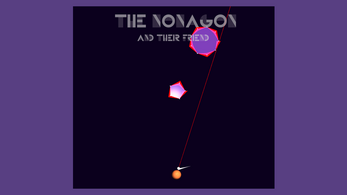 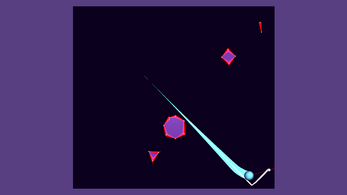 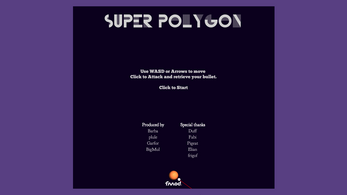